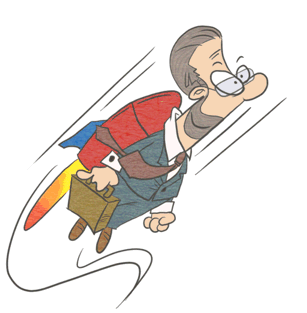 From 17 April until 23 October I’ll be overseas again …most of the time in Germany.

Where ever I am, the easiest way to contact me is via SKYPE. There is a Skype button in the top right corner of the web page. Pressing the button will trigger a call to my mobile. If you have Skype, you can also add CHOICEPLUS to your contacts. If you don’t use Skype, just dial local: 03 90137588. The number then links to my SKYPE and I should receive the call anywhere.

Email, WhatsApp, WeChat and LINE should always be fine, too – where ever I am.

I am sorry if this causes any inconvenience, but please be ensured that I will be on the job –  even when travelling.

BTW. I shall also forward my local mobile number to the SKYPE number, just in case. While the number is re-directed, unfortunately, SMS messages to the Australian number I cannot receive …

Experts fear a “housing slump” will bring pain for the Australian economy, as mortgage lending takes a sizeable hit in March.

The value of investor housing loans slumped a seasonally-adjusted 9 per cent in the month and now sits at $10.88 billion –  its lowest level since January 2016, according to Australian Bureau of Statistics data released on Friday, while the value of owner-occupier loans fell 1.9 per cent.

And with the March data not yet capturing tighter lending standards introduced by banks, concerns of further weakness ahead are swirling. Some economists even see a Reserve Bank rate cut as a possibility.

In the 12 months to March, investor lending has dropped 16.1 per cent.

The total number of loans written to owner occupiers fell 2.2 per cent, seasonally-adjusted, to 53,017, outpacing the 1.5 per cent decline expected by the market. And the total value of housing finance was down 4.4 per cent at $31.890 billion for the month.

And with intense scrutiny on bank lending standards, following revelations in the royal commission, a crackdown may lead to further weakness in housing finance data.

“Our view remains much more downside in Syd and Melb home prices, RBA on hold to 2020, can’t rule out next move being a rate cut.”

…very weak March housing finance, tighter lending standards yet to fully impact. Our view remains much more downside in Syd and Melb home prices, RBA on hold to 2020, can’t rule out next move being a rate cut.

The return to form seen from first-home buyers stalled in March, after stamp duty discounts and exemptions saw a jump in activity from the group in late 2017 and early 2018.

The number of first-home buyer loans written – as a percentage of total owner occupier loans – fell to 17.4 per cent in March from 17.9 per cent a month earlier.

“A huge fall in housing finance commitments: The housing slump is going to present a significant downside risk to the economy – in concert with the weak retail spending, it looks like RBA rate cut is long overdue,” Veteran economist Stephen Koukoulas tweeted in response to the data. 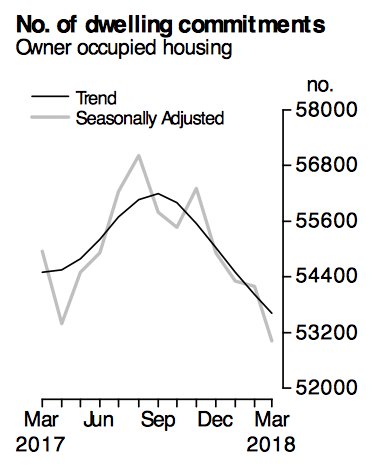